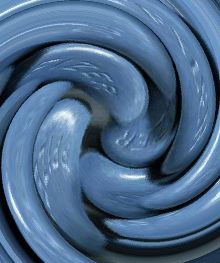 Viagra, Cialis and Levitra, the so-called PDE-5 Inhibitors have been widely celebrated as the solution to the widespread problem of impotence.

However, there are significant side effects to be aware of when considering this approach to treating erectile dysfunction.

Sounds Too Good to be True?

You know how it works. It usually is…

Simply by taking a pill 30min or so before sexual intercourse, a man will have an erection and therefore sexual intercourse with his partner for up to several hours. However, its use can also result in serious illnesses and in extreme cases even death. Such is often the case, when people want too much of a good thing.

In the UK an estimated 4-6 million men suffer from impotence. This condition involves occasional or lasting problems with erections. Worldwide the scale of this problem is as large as 140 million men.

Help for those affected is available in the form of branded, prescription potency treatments. These treatments contains active substances, which allow the erectile issue in the penis to fill with blood during sexual arousal by blocking blood outflow.

As a consequence, an erection is produced that makes intercourse possible for many hours. Many men now swear by this little wonder pill, and the manufacturer had a turnover of almost two billion dollars from the potency pill over the last year alone.

Interestingly, the patent for Viagra expired in summer 2013 so expect more and more cheaper and legal imitations to appear on the market. One such imitation is White Viagra, launched by Pfizer itself. 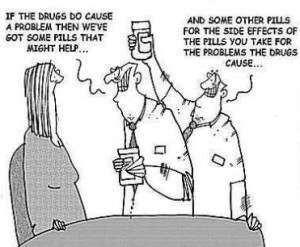 Like every drug, this type also has side-effects and these are not to be underestimated!

It is strongly recommended that people who have previously had a heart attack or stroke immediately stop the use of this type of potency treatment.

However, even for healthy men, branded potency treatments can be dangerous. This is especially the case when people want too much of a good thing, and therefore take a higher than recommended dose.

The three most serious side effects are

That is not all – other common side effects include

Beware of any pills that are freely (without prescription!) available on the internet! It is thought that up to 50% of branded potency treatments that can be purchased on the internet contain contaminants, simply the wrong active substances or in incorrect doses.

Counterfeit branded potency treatments have been shown to contain anything from none to several times the recommended level of active substance, which can be lethal. This is often because the manufacturers of these counterfeit drugs are extremely profit-driven at the expense of the consumers’ health, have little or no scientific knowledge.

In addition to this, these counterfeit drugs are often produced in extremely unsanitary conditions. Some of the substances that have been found in counterfeit branded potency treatments tablets include blue printer ink, binding agents that prevent the tablet from being broken down in your body, and antibiotics which can result in an allergic reaction, diarrhoea and vomiting.

The lack of regulation (accountability, which country and so on..) for the safety of these drugs and legal framework to protect customers can be very, very dangerous for consumers.

It is all Worth It?

In summary, only you can decide if the risk is worth the reward.

In all honesty, I once bought some bodybuilding supplements online in the late 90s. The dosages were far higher than the recommendations and I got 24 hours of uncontrolled heart racing! That is why I am not going near dodgy and cheap products ever again.

If you are willing to risk your health, wellbeing and happiness for a few hours of good sex, then do it carefully, methodically and in an educated manner.

Personally, my view is that blue pills simply mask the underlying cause of impotence. Most commonly this is a lack of quality blood circulation. Again, they work by trapping blood in the penis rather than actually helping to put it in there in the first place.

I think it is far more effective (and holistically healthy!) to naturally improve blood inflow rather than reduce blood-outflow!!
link