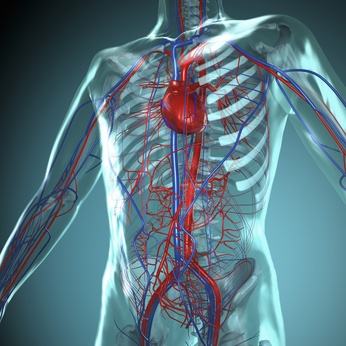 The following text is an explanation of what happens inside your body to make the erection mechanically possible.

The penis has two tasks that it has to fulfill:

The erection simply helps to achieve ejaculation, which is a three-step process:

This sounds much simpler than it is. Often step two does not take place properly making ejaculation impossible, even though the man is sexually stimulated.

An erection occurs when two tubular structures, called the corpora cavernosa, that run the length of the penis, become engorged with venous blood, very much like a balloon fills up with air. This may result from any of various physiological stimuli, also known as sexual stimulation and sexual arousal.

The corpus spongiosum is a single tubular structure located just below the corpora cavernosa, which contains the urethra, through which urine and semen pass during urination and ejaculation respectively. This may also become slightly engorged with blood, but less so than the corpora cavernosa.

Once a man becomes sexually aroused, the arteries leading into the penis open up so that blood can enter the penis. At the same time the veins leaving the penis constrict. Blood is therefore trapped in the corpora cavernosa under pressure, and this blood causes the penis to grow and harden. The penis is now erect.

Why Arterial Health Is Important

All arteries in our body are encased by smooth muscle tissue, which make it possible to regulate the rate of blood flow through the body, for example during exercise. If the arteries leading to the penis fail to open properly, it’s difficult or impossible for the penis to become erect. This problem is the leading cause of erectile dysfunction.

Here is a useful animation, which shows how both corpus cavernosum and spongiosum fill with blood to cause an erection and ultimately enable an ejaculation.

Viagra works by relaxing the smooth muscle tissue, but only in penis’ corpora cavernosa and it only does it when the man is sexually arounsed (rather than uncontrolled).

It does so by stimulating the nerve cells in corpora cavernosa to produce nitric oxide, which causes the arteries inside it to dilate and letting lots of blood flow into the penis. Specifically, Viagra eliminates the enzyme PDE5, which the body produces primarily in the penis to counteract the effects of nitric oxide and to control the blood flow during an erection. This causes a simple effect: less PDE = more nitric oxide = more blood flow = greater erection.

Now, Viagra is an effective way to increase nitric oxide in your penis. I have found, however, that I preferred a more natural route to solving this issue. Nitric oxide is produced in the body by the amino acid Arginine. I have found that simply increasing the amount of arginine in my body solved the issue permanently. And it also had some very unexpected positive side effects on my body as a whole.